Hello everyone! Today we are proud to release update 1.100 Winds of Change for The Hive.

We wanted to especially focus on adding features requested by the community.

1.100 update remarks the biggest patch we have done for the game so far.

One of the most significant improvements was to rework the whole game interface and the addition of full 4k support.

Other major visual upgrade was converting the whole project to use linear color space, and the addition of new visual post processing effects.

We also made all new spell and particle effects utilizing the now available tools.

We would love to hear your feedback on the new changes! 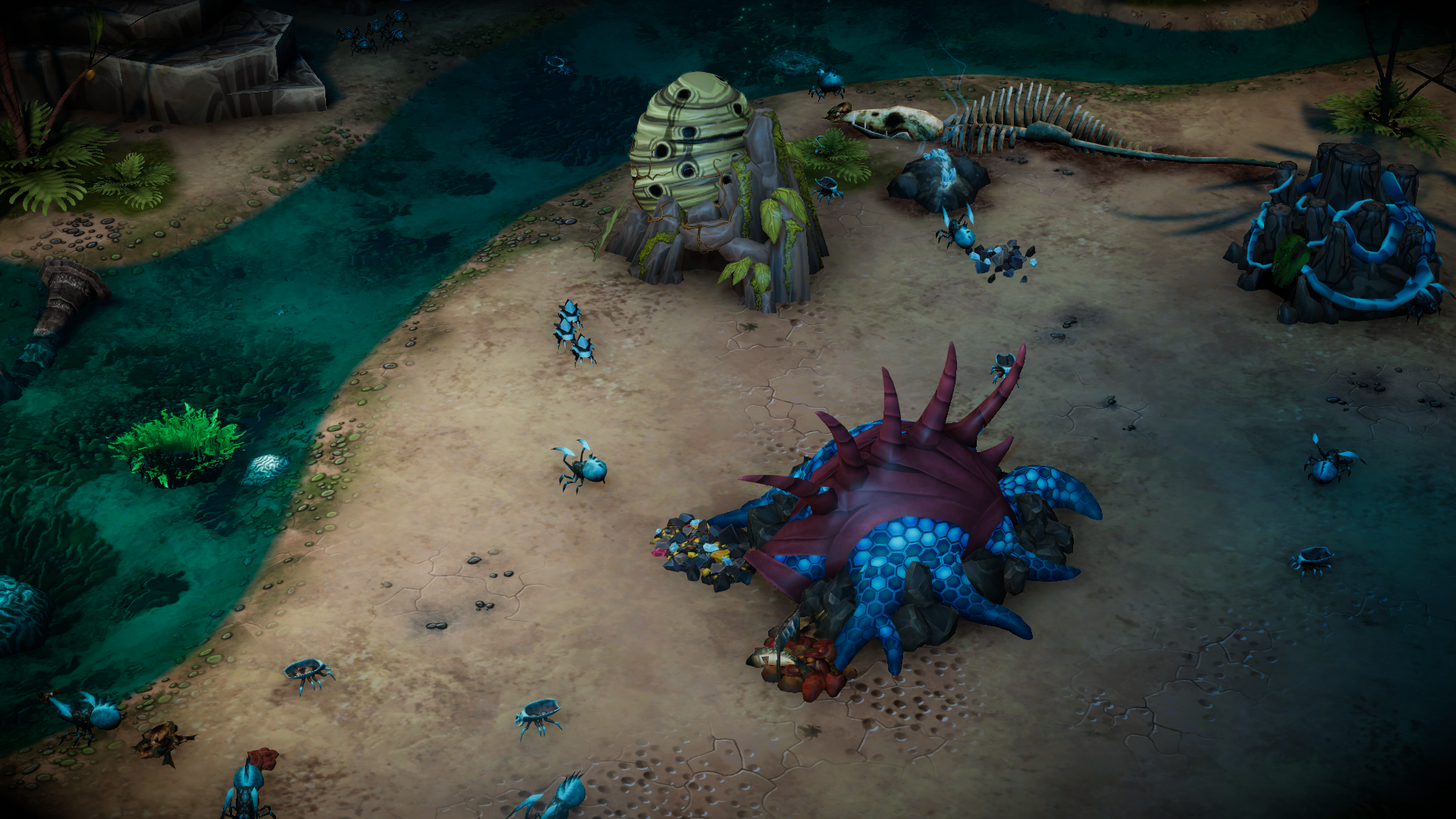 * New Insectoid buildings, the spring and the burrow (burrow has 4 model variations)
* New enemy units, chalatoi bowman and spearman
* The vast majority of all particle effects in the game have been redone
* Buildings can now be properly selected when they are being built
* Several cutscenes improved
* Pathfinding system improved
* Player objectives now work correctly when loading a save 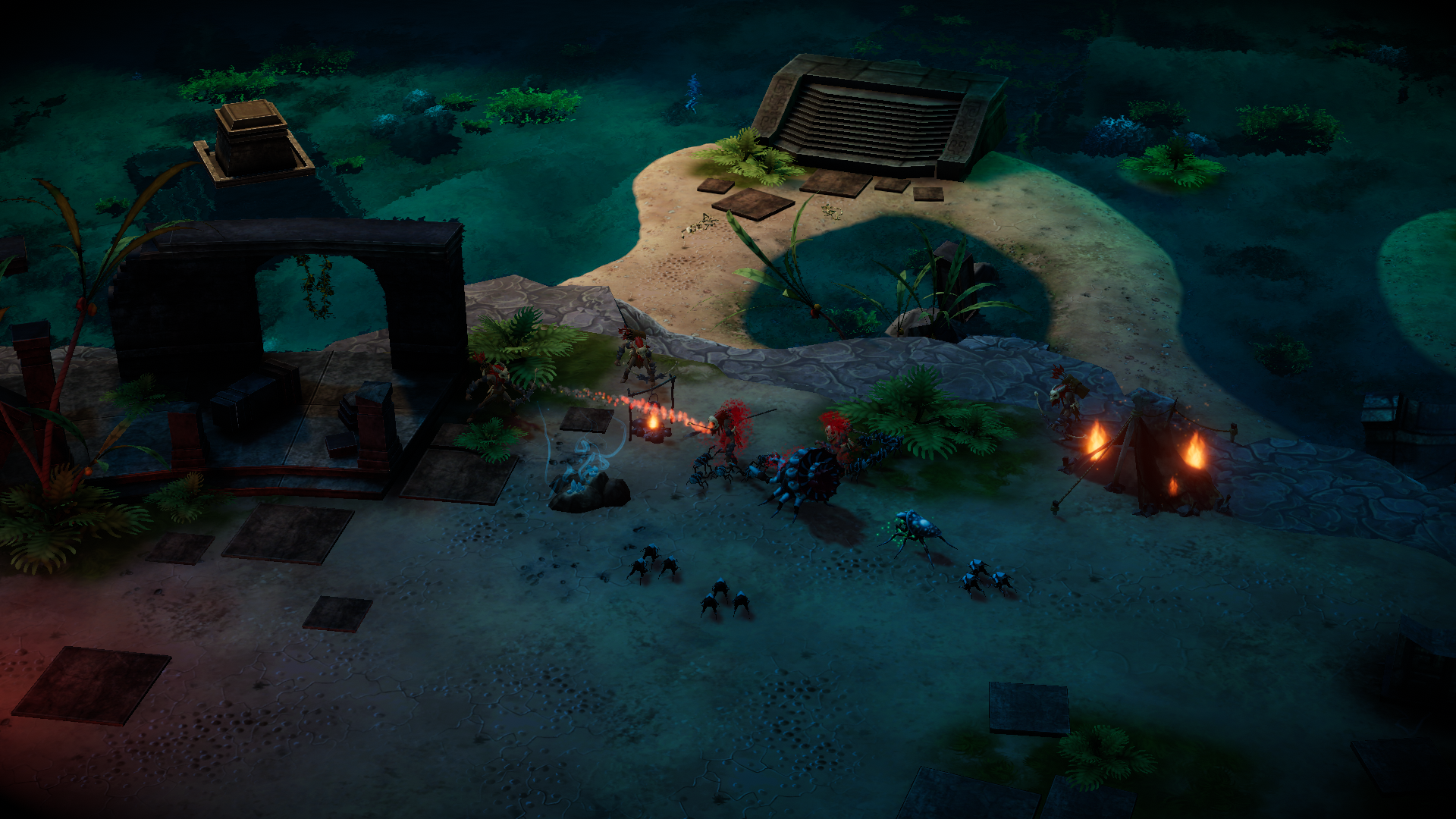 * All new post processing effects
* Color space changed from Gamma to Linear
* Lighting data rebaked for all scenes
* Additional detail added to all maps
* Infected faction has all new textures
* Several world object textures improved
* Animations added to several world objects
* All buildings now have debris effect when they are destroyed
* Buildings now have hover circle for selection
* Scene lighing changes on color and position
* Several units and plants now glow in the dark, illuminating nearby objects
* All levels now have reflections for metallic objects like coins, gold and weapons 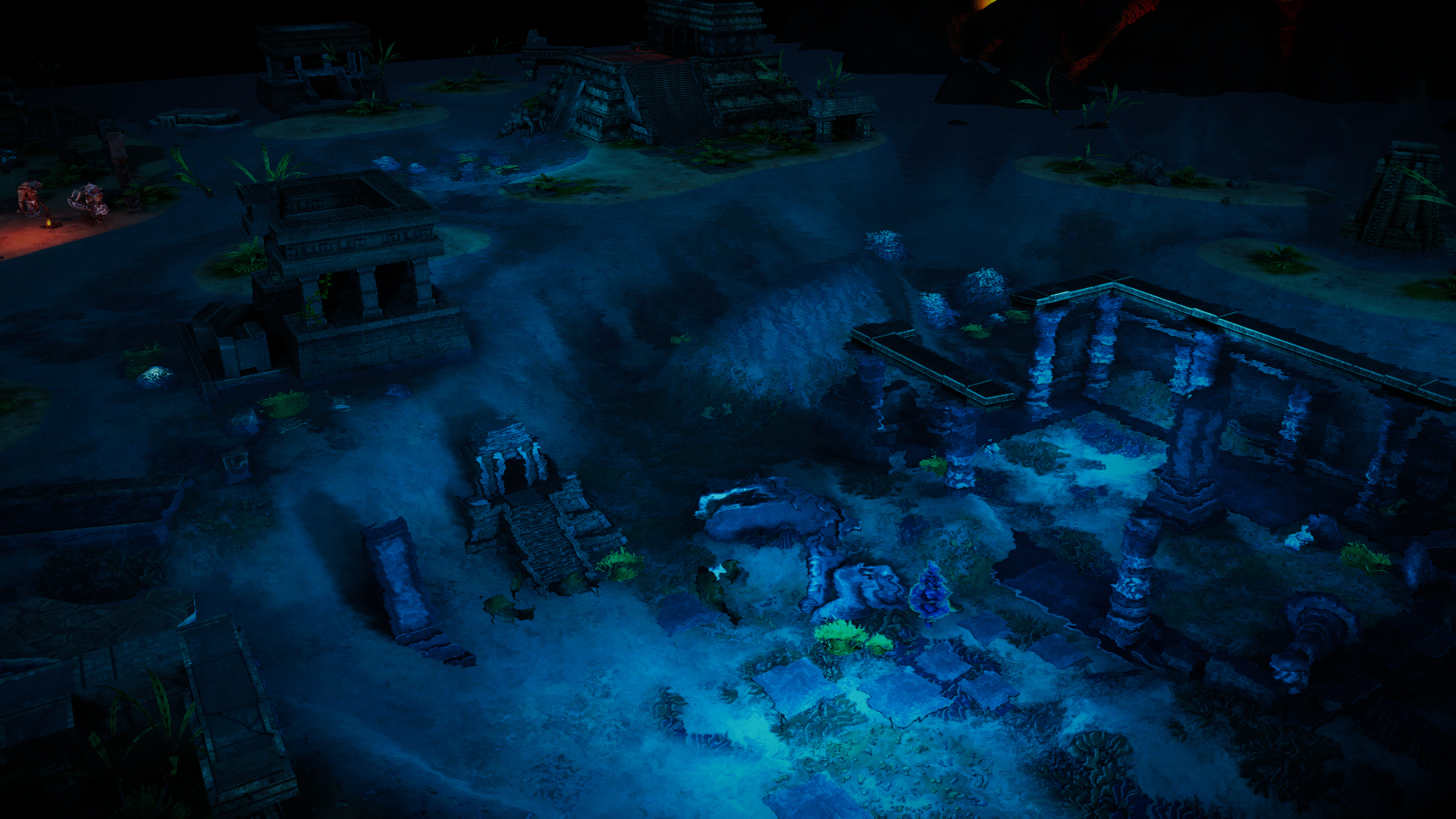 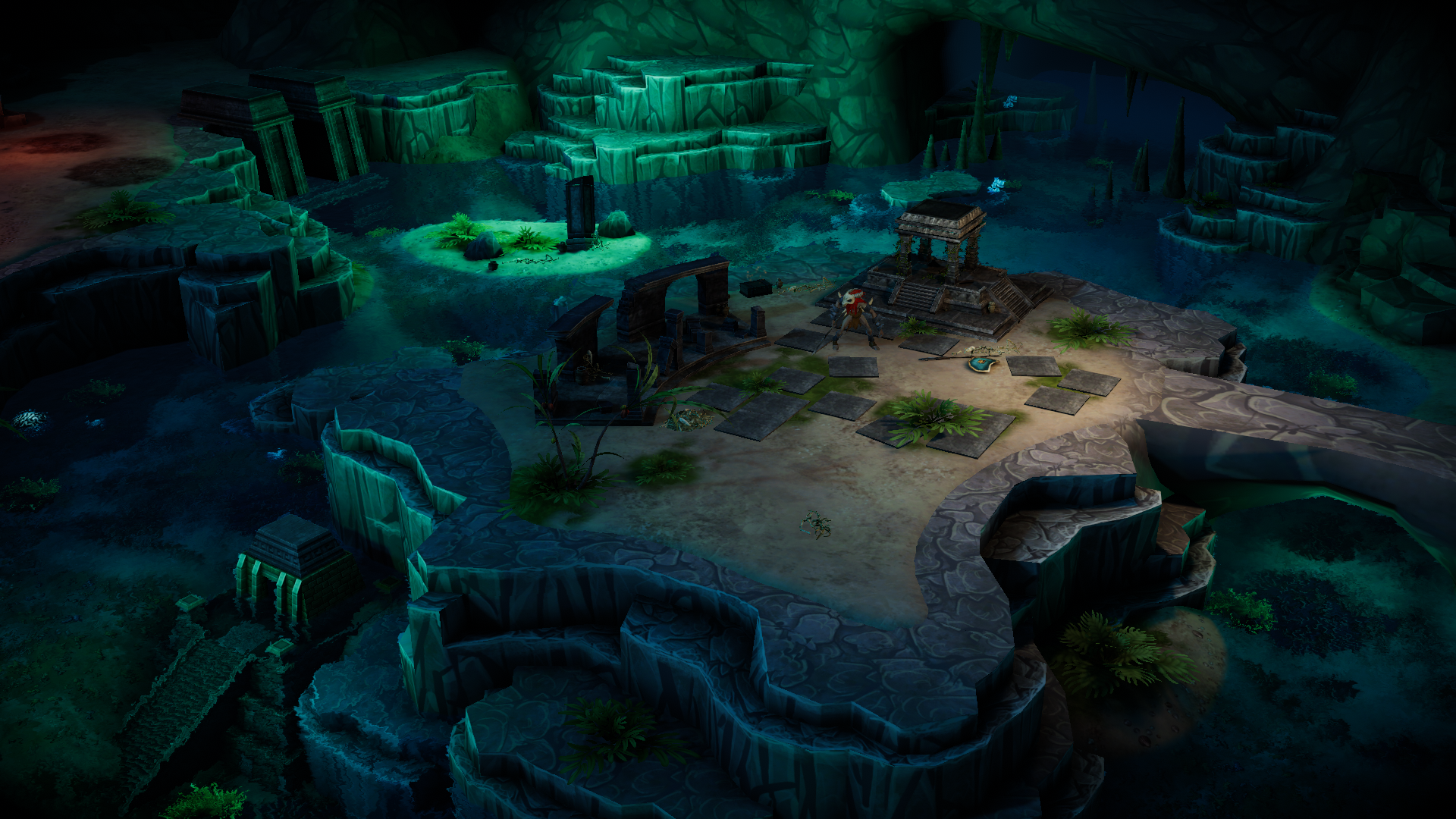 This is a complete re-write of the UI system to use the new Unity canvases.
It was required to get 4K support.

We added a way to hide your UI with a keybind (default is L) that can be rebound in the new settings interface.
You can also press the highres screenshot button (default Alt+P) to take a 4K screenshot.

* 4K resolution support
* A large amount of UI images were redone at a higher resolution
* Completely redesigned settings controls section
* Unlimited inventory space
* Item stats now have highlight colours for positive/negative effects
* New health bar effects
* Bosses and buildings now have larger health bars
* Dialog subtitles now show who is talking, with matching colours
* Objectives are now prettier
* Units that have to be unlocked are now shown in grey, and tell where they can be unlocked from
* New building queue shows how many units you have in queue past 4
* Selecting chests, fishing spots, or mineral veins now shows a hint about how to harvest them
* Chests, fishing spots, and mineral veins now have portraits
* The final boss' protective bubble button now has a cool new glow around it
* Game engine is updated from 32 bit to support 64 bit operating systems 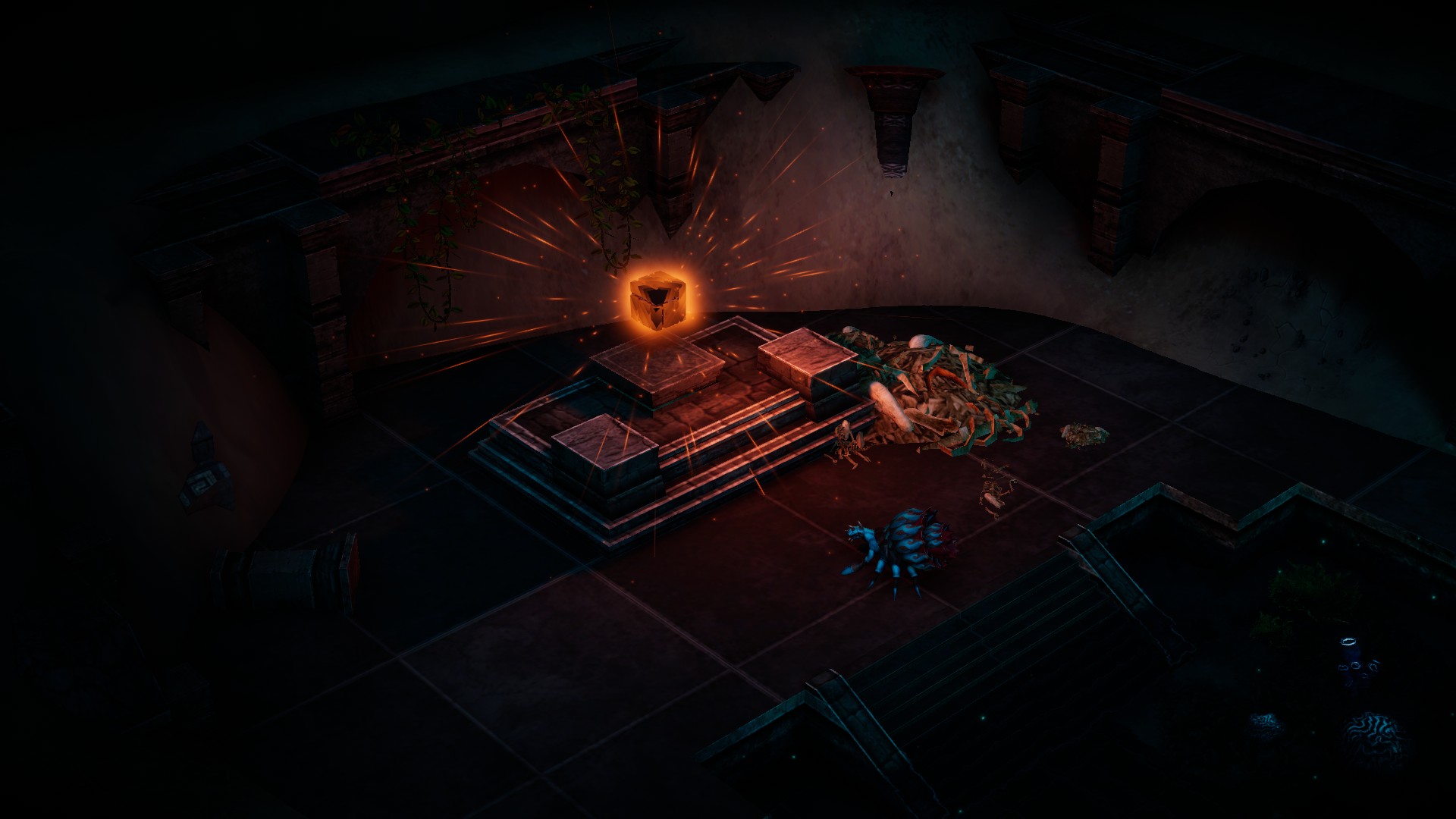 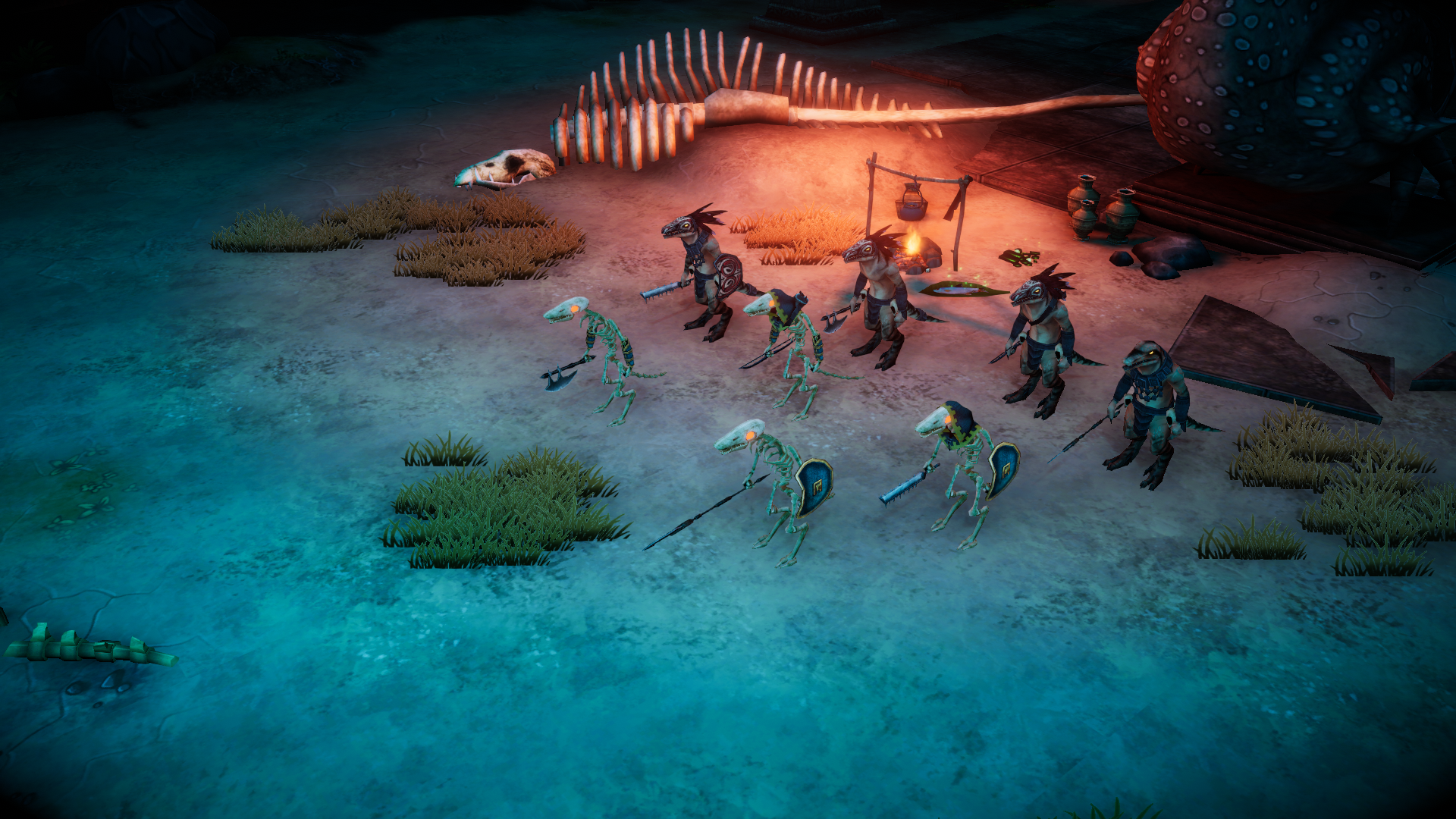 We would love to hear your feedback on the forums on how to improve the game further.

Explore a beautiful, vast and ruined underworld riddled with dangers and lost civilizations.

Hi, I just bought your game. Seems the Linux version doesn't seem to have the Winds of Change version yet. Could you upload the newest version for Linux? Thx!

We plan to release The Hive  1.200 - Rise of the Behemoths soon. So I will upload all new versions to Itchio at the same time :)
All the best
~Sauli